As a visitor and sometime resident of Marbella over the past few decades, it has been intriguing to view the atmosphere of the place change over the years. From the original peak of the 1980s “Costa Del Crime” boom, when mobsters poured into Marbella with their crews to enjoy the problematic or non existent extradition treaties, to today's international jet-set scene, Marbella and its surrounding areas such as Riviera, Nueva Andalucia, Puerto Banus and Sotogrande has changed at a an astonishing rate while still remaining untouched at its heart.

Marbella and area today is an intriguing mix of the seedy and the glamorous. Though I guess for many people, the seedy world of drugs and gangsters in thought of as glamorous so there is probably some overlap between the two.

There is certainly a contingent of international mobsters (both organised and amazingly un-organised!) which is extremely visible and seems to be unaffected by the supposed increase in international police cooperation. But there is also a growing truly high-end sector to the area, which is now significant.

Anywhere you visit on the Costa del Sol, it is obvious that there are an increasing number of visitors from North America and Asia. They are now powering the investment and property development boom in the same way that Arab and drug laundering money did in the 80s. Their arrival is driving the local business community to adapt to meet their different requirements.

Visitors from the United States would be very unhappy with the poor quality “steak” that most restaurants offer. And this in a country famous for its bulls! As a result lower end restaurants are increasingly becoming specialists or are raising their standards to those of the best restaurants in the area such as Tango in Puerto Banus.

Likewise, the old-fashioned gangster laden Sleek nightclub has been replaced by the gangster laden Cavalli Club. It has to be said, incidentally, that the Olivia Valere club just carries on doing its own thing in its own way as it has done for decades. 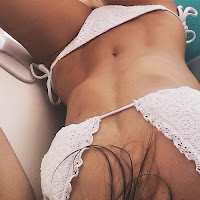 To give a very different example from the service sector; escort agencies who only represent bland young chicas with no English and are unwilling to accept payment in dollars or credit cards will be unable to compete with business such as 2nd Circle Escorts Marbella or Marbella Beauties from the Marbella Escorts Agency. Those agencies are offering beautiful high-class escorts from a range of backgrounds with a wide range of language skills. And because they are professionally managed business rather than some sort of “lifestyle” activity, they can offer many different payment alternatives. They are also reputable, honest and keep their promises. Which makes a change apparently!

Marbella and the Costa Del Sol continues to change. I hope it will be for the better. It has tended to be in the past, despite the occasional major hiccup on the journey.