The Prurient Interest Of Civilians About The Sex Industry

Being in the escort business is normally just like being in any other business or industry. It has boring bits, interesting bits and most days somewhere in between. And talking to other people who work in the industry is, again, just like any other. Colleagues, suppliers, partners, clients. Some you like, some you don't, most somewhere in between. But it gets strange and interesting when you start talking with people who are not in the industry; “civilians”. When someone from outside escort agency business discovers what you do for a living there are two reactions – revulsion or fascination. Revulsion, fair enough. People are entitled to their opinion and I respect them for it as long as they neither abuse me or try to “save me”. 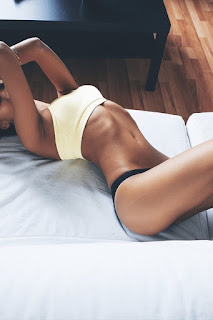 The fascination again comes in two varieties – people who want to join the agency in some (or even any) capacity, and the “spider under glass” complex, where people just want to ask you everything that they can possibly imagine, down to the smallest detail – as though they were pulling the legs off a spider to see what happens. It is a very strange experience to be interrogated and grilled as though you are the most unusual beast that they have ever encountered. Is running an escort agency in Tenerife so interesting to people? It seems so. Down to the smallest scale, apparently. Though the questions are almost always the same.

How did I get into the industry? Am I a people trafficker? Am I a drug dealer? Some people even go so far as to ask me which cartel I am connected to! What do I earn? What kind of men buy sex? Answer – ones with a pulse. If I am not a people trafficker, how do I get girls to join my agency? Do escorts have to have sex or do they just go out and party? People really should stop watching movies. Girls absolutely go out and party, get some drinks, dinner, and then go to a club. And then they have sex. The range of questions is as extensive as it is predictable. And if people actually listened to the answers instead of just collecting stories with which to titillate their friends they would probably have enough information for me to have far more competitors. But the fact that they never do is why I answer the questions so willingly. That and the fact that the grilling means they are buying the drinks...
Labels: escort escort agency Tenerife escort Tenerife escorts escorts Tenerife Tenerife tenerife escort tenerife escort agency tenerife escorts tenerife prostitute tenerife prostitutes
Location: Tenerife, Santa Cruz de Tenerife, Spain